You should listen to ‘My Brother My Brother and Me’ (A.K.A the goofy podcast that keeps me sane) 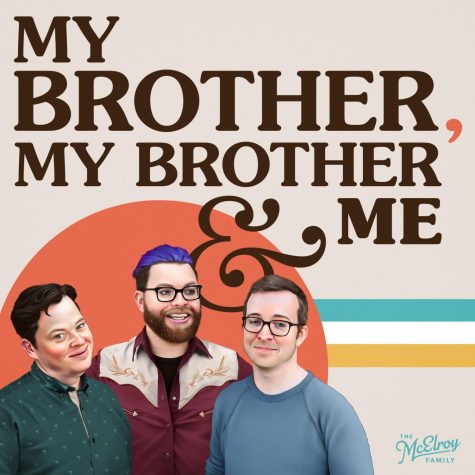 My Brother My Brother and Me (MBMBaM for short) is an ‘advice show for the modern era’. In each episode, Justin (the oldest brother), Travis (the middlest brother), and 30 Under 30 media luminary Griffin (the littlest brother) McElroy alternate between answering strange questions from the online cesspool that is Yahoo Answers, and questions from their listeners. It might seem like a premise that lacks the legs required for a long running podcast, but the premise of the podcast is merely there to provide a platform for these good good boys to goof off of. And goof they do. From ‘Shrimp Heaven Now’, to ‘Glass Shark’, to ‘Cursing Jerry’, to endless goofs and gaffs about horses, ghosts, and ghost horses, the shows’ pantheon of jokes is vast and glorious to behold. There are a lot of comedy podcasts out there, but MBMBaM is special. The McElroy brothers’ brand of humor is simultaneously one of the most pure and good available on the internet, as well as being absolutely filthy. Let’s not get it twisted, these boys are nasty. For every pure and good conversation about if they’d rather have a dog with human hands, or a cat with a human face, there is a conversation about a Yahoo Answers user with a strange attraction to the comic book character Garfield but with Pamela Anderson’s body. But they do have a line, as they don’t answer questions that they deem ‘too blue’. But the real magic of MBMBaM is the loving and accepting attitude of the brothers. Unlike most comedians, the brothers don’t rely on making fun of others for a laugh. They make everyone feel welcome and loved. They have unflinching values that put everyone’s happiness over all else. This creates moments of poignant and legitimately insightful advice amidst the good good goofs. They also provide me with a good perspective and attitude towards life. I feel better about the world after listening to an episode. That’s not an exaggeration. They’ve been doing this every week since April of 2010. At the time of writing this, they are at 545 episodes. And I wouldn’t be surprised if I’ve listened to 2,000 hours of it over the last 4 years. I know this is tired and cliché, but these guys have helped me get through a lot. I was mega depressed during eighth grade, and I would cite MBMBaM as the third most crucial thing to my recovery, only behind my parents and friends. Needless to say, it means a lot to me, and I try to recommend it to anyone I can. And I’m not alone. The McElroys have developed a very large and devoted fanbase without spending a dime on advertising. It’s because they are so important to people like me, that their listeners want to give the gift of the gaffs to the people they hold dearest. And the most inspirational thing about them is that it seems so effortless to them. Because they are just genuinely kindhearted and funny people that do what they do because they love to do it. They originally started the show as a way to stay in touch with each other weekly. And that feeling of family is contagious and acts as a constant beacon of light in my life. 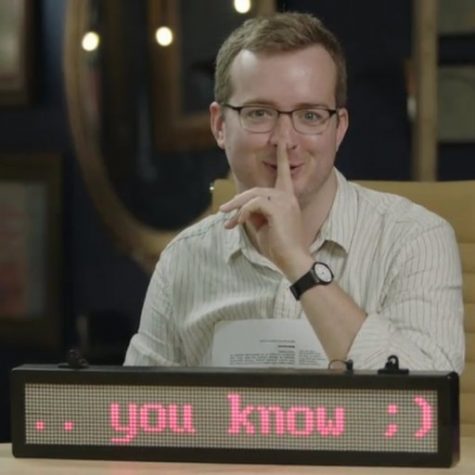 Because of their inclusive and kind-hearted nature, I truly believe that MBMBaM is a show for everyone. And it is so cool to see that reflected in social media, and even pop culture! I’ll never forget seeing Lin Manuel Miranda cite the McElroys as an inspiration for Hamilton at the Tonys, and Maia Kobabe name-dropping a character from their Dungeons and Dragons show ‘The Adventure Zone’ in eir touching and honest memoir ‘Gender Queer’. Jimmy Buffet, Jessie Eisenberg, Hank Green, Elsie Fisher, Felicia Day, and Elizabeth Gilbert are just a few celebrities that have championed this show. You’d think the popularity of the show would go to their head, but it hasn’t. It is never in question how grateful they are for their listeners, and they treat everyone with the respect that they deserve. In April of 2019, I went with a friend to see them live in Salt Lake City’s Abravanel Hall, and as I looked across the sea of people who have gathered to see three brothers make dick jokes, I would be hard-pressed to find two people that looked alike. It could not have been a more varied group of people, yet they all had one thing in common: their love of a stupid podcast where three brothers answer YahooAnswers questions. When the brothers made their introductions, they mentioned that they don’t feel worthy of the gorgeous venue that is Abravenel Hall, but I could not disagree more. If something can bring those 2,000 people of all different religions, genders, races, sexualities, passions, and personalities a feeling of safety and joy, it deserves the most grand and gorgeous stage possible. 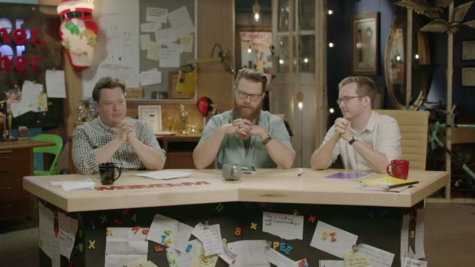 MBMBaM was the McElroys’ first podcast (and my favorite), but it is nowhere near the only one. There’s ‘The Adventure Zone’ (the endlessly creative D&D podcast they do with their father that spawned a New York Times bestselling graphic novel series), Sawbones: A Marital Tour of Misguided Medicine (hosted by Justin and his wife Sydnee), Shmanners (an etiquette podcast hosted by Travis and his wife Teresa), Wonderful! (a podcast about the little joys in life hosted by Griffin and his wife Rachel), to name a few. They also created a short-lived television show of MBMBaM that showed the brothers tackling queries in their hometown of Huntington, West Virginia. They have a lot of love for Huntington, and have created and funded multiple charities to help the community. The largest of these charities is the brothers’ yearly Candlenights show. Candlenights is a pan-religious, pansexual, personal pan winter holiday, and it acts as a combination of all of the different winter festivities. 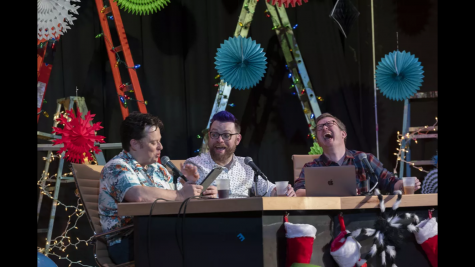 These boys are my very favorite in the whole wide world, and I hope that this might convince you to give them a shot, for your sake. These fellas have given me an immeasurable amount of joy, and I feel the obligation to give this gift to as many people as possible. If you were to embark on this McElroy adventure, I wouldn’t recommend starting at the beginning. It takes a bit for them to come into their own. Just pick an episode with a title that intrigues you. That’s what I did, and it didn’t take long for me to fall in love. Thanks for reading, and kiss your dad square on the lips.