Top 13 Horror Movies of All Time

Up until about age 13, I hated horror movies. More accurately, I hated the idea of horror movies. I never actually saw one because I was a “scaredy-boi.” Then I started to stop getting scared of killers and monsters, and started to get scared of my impending future. Now horror might be my favorite genre. It ranges from dumb fun, to clever satire, to abstract and emotional. It is a genre that is constantly questioned and consistently innovated, leading to some of the most interesting and original films being produced today. This list was super hard to put together, and there are a lot of movies that I adore that didn’t quite make the cut. But without further ado, here are my top thirteen horror movies of all time. (That I’ve seen.) 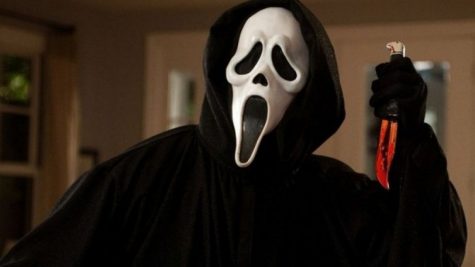 Scream is pure 90’s fun. It’s stars a bunch of 90’s teens doing and saying 90’s things that are slowly killed off by the mysterious and movie trivia knowledgeable GhostFace. It works as a slasher flick, a parody of slasher flicks, and a surprisingly engaging whodunnit. But is it a guilty pleasure, or a legitimately good movie? I don’t know, and I don’t care. Scream is excellent and is a perfect starting point for people who don’t typically like scary movies. 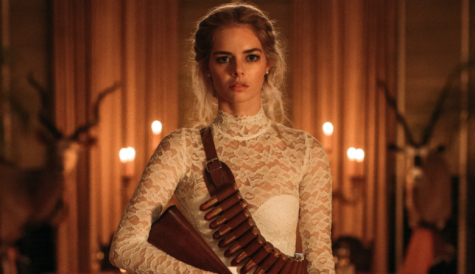 Ready or Not is the tale of a newlywed who is hunted in a deadly game of hide and seek by her spouse’s evil family as part of their wedding night ritual. I think this movie is perfect. It doesn’t try to be anything it’s not. It is short and simple and scrumptious, and I love it so. The pacing is tight, and the directing is tighter. The cast of characters are fun and distinct, but they don’t feel overdone. The script is clever, but it doesn’t shove it down your throat and get in the way of the fun. And the ending is so satisfying and oh so glorious. If you like horror movies, even a little bit, then you will have a blast with this movie. I know I did. 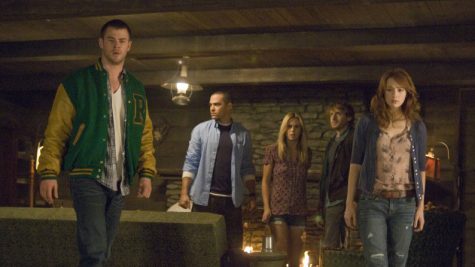 The Cabin in the Woods’ elevator pitch is “Evil Dead and Friday the 13th meets The Truman Show, with a dash of Scream”. To delve into why that is would result in me spoiling the movie, so I won’t. Just know that it is a devilishly fun and creative sendup of slasher movies that also acts as a legitimately effective horror movie in its own right. And it has one of the most bonkers endings I’ve ever had the pleasure of witnessing. 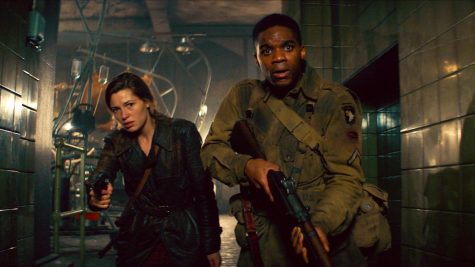 Overlord is by far the most underrated movie on this list. It came out a few years ago and flew under the radar. If there’s any justice in this world, it will become a cult classic. Because it deserves it. The best part about Overlord is that it’s a WW2 zombie movie that doesn’t act like a WW2 zombie movie. Instead of devolving into pure goofy shlock, it plays it completely straight and acts like a normal war movie that just happens to feature Nazi zombies. It’s a nearly perfectly constructed movie that sets out to do one thing, and one thing only: be entertaining as all hell. And it does that with brilliantly bloody grace. 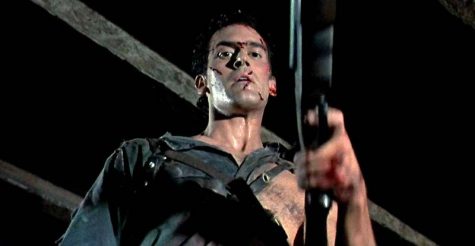 I love this movie for the exact opposite reason that I love Overlord. It takes the idea of demons possessing and killing a bunch of fellas, a concept that is usually played very straight, (even in the first Evil Dead) and cranks up the schlock to levels I didn’t think was possible. This movie is bonkers. And it wears its bonkers-ness like a badge of honor and delivers a gory, silly, creative, and wildly entertaining ride. It’s great to watch alone, but I’d imagine it’s even better to watch with a group of friends. It’s groovy. 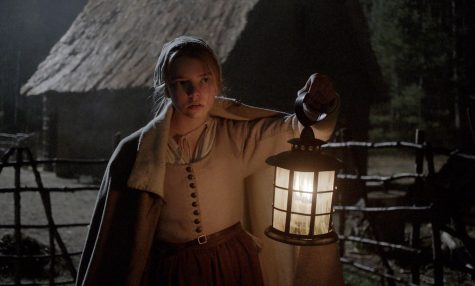 The Witch takes place in 1600’s New England and follows a family who are shunned from puritanical society for suspicion of being affiliated with witchcraft. Then spooky stuff starts happening, and the family starts to turn on each other. It’s based on real journals from that time. What a brilliant idea for a horror movie. This movie will not only spook ya something fierce, it will stick with you and grow on you for years to come. The more I learn about the Salem witch trials and the terror surrounding it, the more impressed I am with this movie. The dedication to representing how these people felt and what they believed transpired is fascinating and it creates a very realistic feeling movie that will creep you out in a major way. Also, Anya Taylor Joy is a brilliant actress.

7- Shaun of the Dead 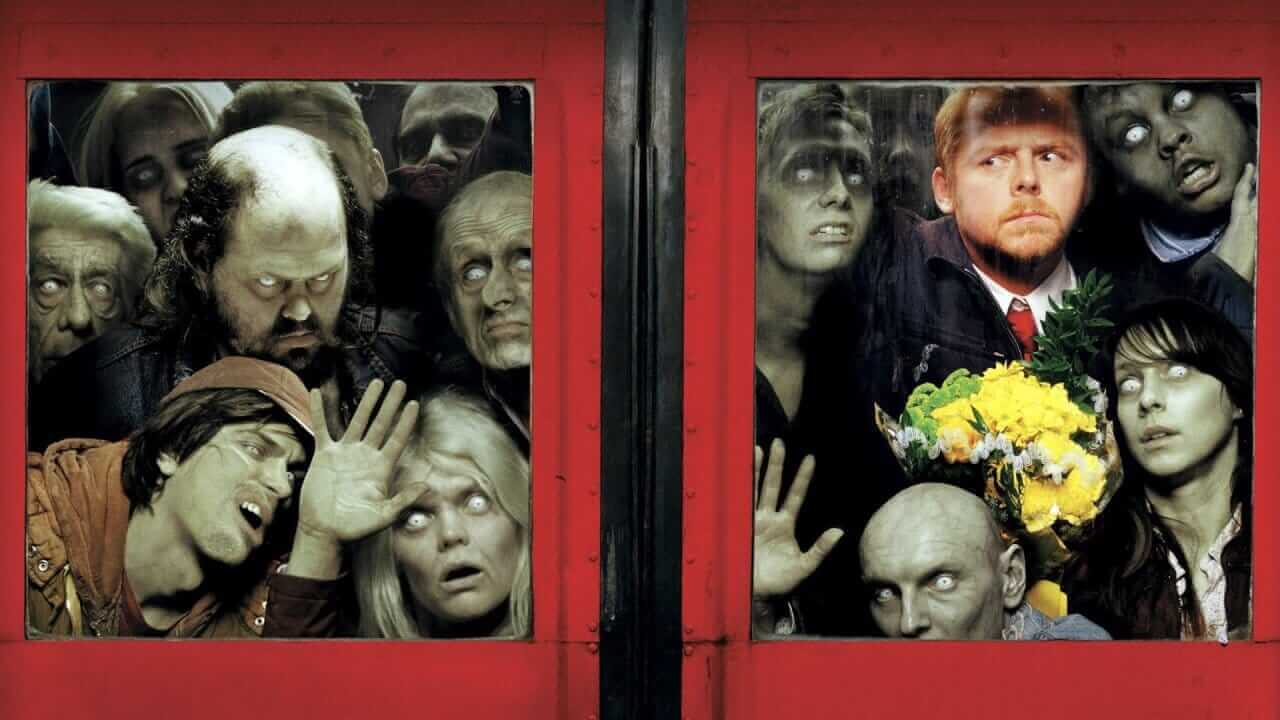 Shaun of the Dead is a genre blending, stylish, heartwarming, and gut-busting (both literally and figuratively) zombie movie with creativity and charm in every frame. This is Edgar Wright’s (my favorite director of all time) first film, and it is one of the best debut movies ever made. For the most part, it’s silly fun. But when you expect it least, it flawlessly transitions into surprisingly effective dramatic scenes that might leave you a tad teary-eyed. It’s an iconic, brilliantly constructed, and hilarious zombie movie that simultaneously acts as a send-up and a strong entry that stands on its own in the genre. 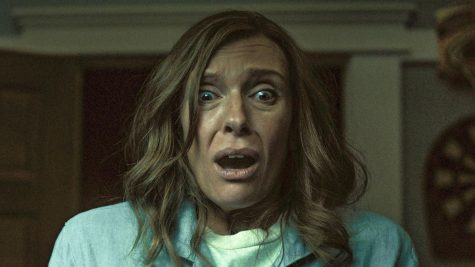 I think that Hereditary is the most disturbing movie I’ve ever seen. Because I’ve seen a bonkers amount of horror movies, don’t get scared by a movie too often. But Hereditary… oh man. This movie is messed up. It starts off as an unsettling family drama, but it gets weird quick. After a horrific death thirty minutes in, the movie really starts to get under your skin. And it gets progressively more heinous and stressful as it progresses, climaxing with a third act that is balls to the wall insane. Ari Aster’s brilliant directing and the masterful performances of Toni Collette and Alex Wolff propel the movie forwards with an unparalleled feeling of tension and dread that is unrelenting and terrifying. This is not a fun movie by any means, but it is scary as all hell, as well as a very interesting portrayal of loss and family relations. 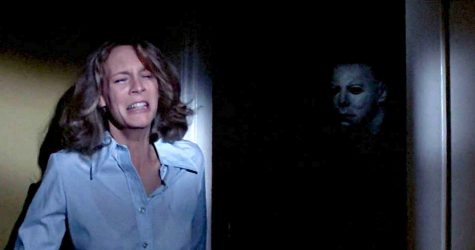 It is physically impossible for me to not watch this every Halloween. If I need a refill of some of that Halloween feeling, there is no better film for the job than the original Halloween. Unlike some others on this list, it’s not some beautifully structured allegory about the human psyche, but it doesn’t have to be. It’s a perfect popcorn horror movie. The go-to-movie for any Halloween party. It’s simple, atmospheric, beautifully shot, and buckets of fun. It has a certain charm to it that hasn’t been recreated to this day. It was an innovation when it came out in 78’, and it hasn’t been topped when it comes to dumb Halloween fun. 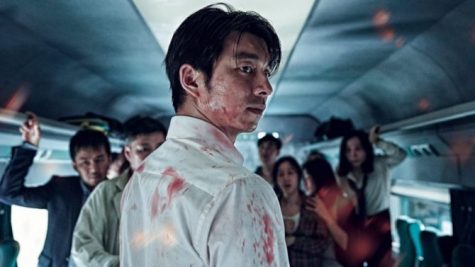 Far and away the best zombie movie I’ve ever seen, Train to Busan is a staggeringly creative and heart–wrenching tale of a father and daughter stuck on a train during a zombie outbreak. Filled with twists and turns and top-notch filmmaking, Train to Busan is a joy to behold. It is currently on Netflix, and I highly recommend you give it a watch. 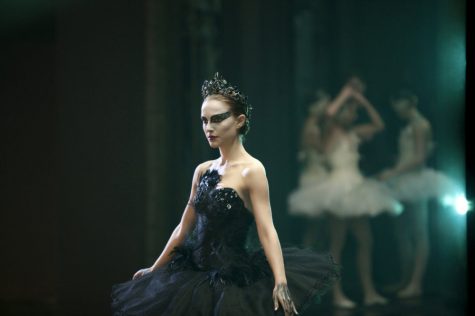 Black Swan is the most brilliant adaptation I have ever seen. It’s based on the ballet ‘Swan Lake’, but instead of simply retelling it, it mirrors the original story. It follows a ballerina who slowly goes mad while preparing to play both the white and black swan. As the movie progresses, the story’s relationship with the original ballet goes from homage, to reflection, to evolution. It is so smart, and it blows my mind every time I watch it. It is also one of the most disturbing and tense movies I’ve seen. Natalie Portman’s performance is masterful, and the story wraps you in a battle to decide what’s real and what’s in her head. It’s a beautiful depiction of how stressful the performing arts are, and a damn good film at that. 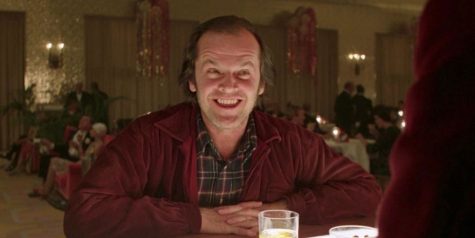 There’s not much I can say about The Shining that hasn’t already been said. It’s a transfixing maze of a movie that offers questions in place of answers and somehow still remains satisfying. Jack Nichelson gives one of the greatest performances of all time with his portrayal of an abusive husband with dwindling sanity. His entrancing performance is aided by gorgeous cinematography and a haunting score. The Shining is truly iconic. And it deserves it. 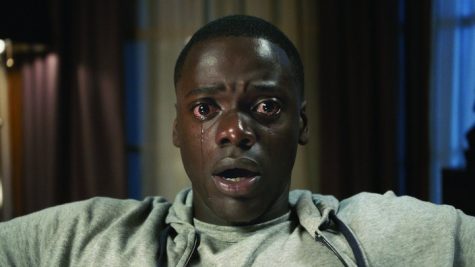 As close to perfect as a movie can be, Get Out is a brilliant showcase of what horror can do. It’s the type of movie that makes every other movie self conscious. It is ripe with fantastic ideas, but it never lingers on a single one long enough to where it gets stale. And where other movies with this much up its sleeve feel like a mess, Get Out never looses sight of its goal. No scene is wasted. No piece of dialogue is wasted. Everything serves a purpose. But while other movies this smart can come across as pretentious, Get Out doesn’t. It is incredibly accessible.  If you take away the brilliant symbolism and themes of the movie, it remains a very effective and fun horror movie with iconic and terrifying imagery and a deeply human core.