Spider-Man: Into the Spider-Verse is the best superhero movie of all time. Here’s why.

When the amazing first trailer for Spider-Man: Into the Spider-Verse came out, there was no doubt in my mind that we were in for something special. The art style was striking, the original music was banging, and the main character was finally Miles Morales! I was instantly in love. Some people were a little more hesitant than me, and for good reason! It was a Sony Animated film. The creators of the Emoji Movie. That’s no good. This is also the eighth Spider-Man movie in under two decades! (If you count Venom.) Do we really need another one? Those are all good points, but I remained optimistic. Now I have seen it. I was not prepared for how amazing it really is. This is not only the best Spider-Man movie to date, I think it might be the best superhero movie of all time. 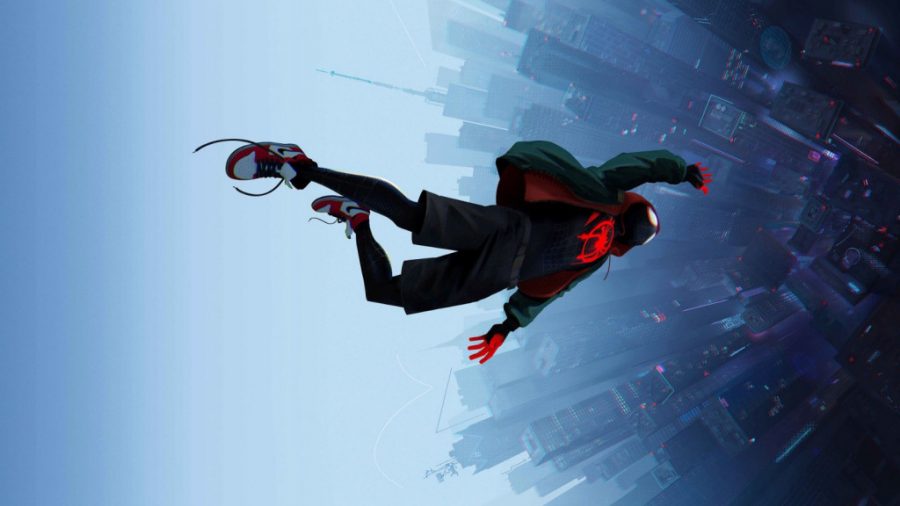 When people talk about what the “best superhero movie of all time” is, there is always a constant group of movies that get mentioned. The Avengers, Logan, Deadpool, Guardians of the Galaxy, Iron Man, Spider-Man 2, Captain America 2. My personal favorites are The Incredibles, The Dark Knight, and Unbreakable. These movies are all amazing, and definitely deserve to be in the conversation, but none of them do what Spider-Verse does. All of these movies take the source material and “movie-ify” it. Something like The Dark Knight takes something as outlandish as a rich orphan fighting an evil clown in a bat costume and makes a prestige crime drama out of it. Captain America: The Winter Soldier takes a story about somebody who wears the American flag fighting magic Nazis and makes a political thriller out of it. Spider-Verse takes the movie and comic-ifys it. It is a movie that stars a talking superhero pig. And it isn’t ashamed. It embraces the weird aspects and the emotional aspects of the comics, the outlandish characters and the grounded characters, the supernatural and the mundane.

Miles Morales is the main Spidey this time around, and he is one of the most genuine and charming protagonists I’ve ever seen. From his little mannerisms and quirks, to his complex relationship with his dad and uncle, Miles seems like a real person with real problems. He deals with his newfound powers in a very realistic manner, and seeing him slowly get the hang of them is really satisfying.

It took the filmmakers an entire year to get ten seconds of animation that felt right. They wanted the perfect style, and they got it. Into the Spider-Verse has a really interesting and unique style of animation that fits the movie perfectly. They use 3D animation, but they style it like 2D animation. They manipulate the frame rate and add a butt ton of neon to make the movie feel like it has jumped right from the comics. It feels like if Disney’s short film Paperman took LSD. It is glorious.

This movie could have easily been a complete mess. There are so many characters to introduce, so many plot points to go through, decades of material to pay homage to, and thousands of fans to appease. But Spider-Verse is so masterfully created that it manages to feel packed, but never cluttered, intense, but never overbearing, funny, but not so much so that it neuters the impact that the emotional scenes bring. Spider-Man: Into the Spider-Verse might be perfection. Go see this movie.