March has begun. For many, the changing of the month from Febuary to March means nothing. For others, its importance lies in the beginning of Women’s History Month. And the rest of us likely think of lucky clovers and leprechauns when the month of March is brought to mind. But this year, March means something different to me. I’m writing this on March 1st, and as I look forward at the month ahead, I feel a combination of dread, regret, amusement, and curiosity. Curiosity regarding what this ambitious and undoubtedly batty endeavor that I am about to embark on will do to my already fragile mental state. What is this endeavor, you ask?

Every day of the month of March in the year of our Lord 2021, I will watch the 1995 feature film ‘A Goofy Movie’. I will take notes and report my findings, as well as my mental state, on a weekly podcast under the working title of ‘A Goofy Month: 31 Days of A Goofy Movie’. When the podcast becomes available, I will add the link to this article. In addition to the podcast, I will also be posting an article recapping the month in April. 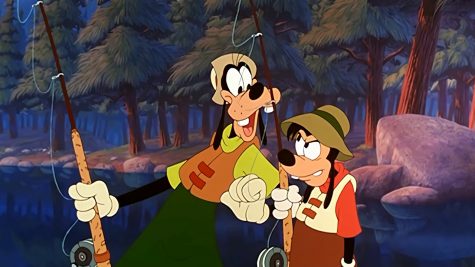 I’m sure you are wondering why, in the name of all that is holy, would I take on such a task? The answer? The answer is unclear. To attempt to give you reasoning, I’m going to give you my history with ‘A Goofy Movie’. But before I do that, I should probably give a rundown of the film itself for the uninitiated. ‘A Goofy Movie’ is a 1995 animated film that acts as a sequel of sorts to the Disney Afternoon series ‘The Goof Troop’ which followed Goofy and his young son Max as they go through life’s adventures together. I have not seen this particular show, but it had a decent following. ‘A Goofy Movie’ follows the titular Goof who, in an attempt to reconnect with his (now teenage) son Max, decides to go on a father-son cross-country road trip to Lake Destiny, Idaho. Max is less than happy with this sudden vacation, and he attempts to steer the road trip to L.A to see Powerline in concert. 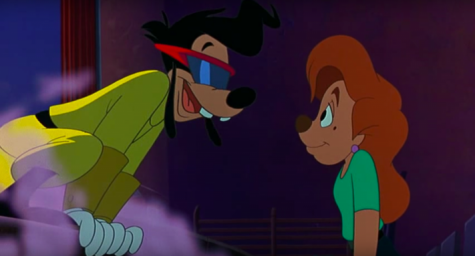 The film was originally intended to be a Direct-to-VHS release, but Disney chairman Jeffrey Katzenberg had a personal connection to the film (it was inspired by him struggling with his relationship with his teenage daughter)  and insisted it be a theatrical movie. But the movie was far from the studio’s priority. “It wasn’t even a B movie. It was a C movie,” remembered veteran Disney producer Don Hahn. The film was shuffled off to a subsidiary of Disney Animation called Disney MovieToons, which was responsible for TV movies and the Direct-to-VHS sequels to Disney classics. Nothing captures how little Disney cared about the movie better than Bill Farmer’s (Goofy’s voice actor) experience with the film. He spent 43 days recording dialogue over the span of 2-and-a-half years. But the creative efforts behind the film were incredibly talented and very passionate, and that passion overcame the studios’ limitations and shines through in the final product. But due to the infamous falling out between Katzenberg and Roy E. Disney that resulted in Katzenberg stepping down from his position of chairman and helping found rival animation studio Dreamworks, A Goofy Movie was seen as a burden from Katzenberg’s era left for Disney to deal with. Because of the studio’s hate of the film, it was given a quiet little release after its premiere in Florida(!), where it was met with mediocre reviews and box office returns. It seemed like the story of ‘A Goofy Movie’ had come to an end. 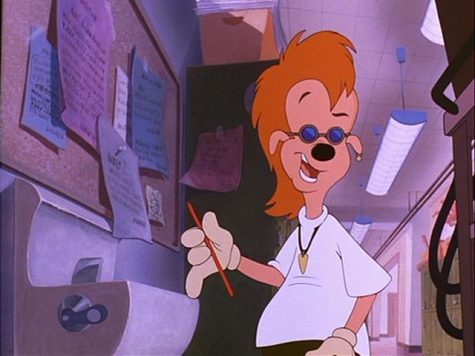 But after its VHS release, it quickly gained a following, as well as an overall appreciation of the film. And when the kids that grew up on ‘A Goofy Movie’ grew up, a resurgence began. Starting with a massively popular live-action recreation of the film’s opening musical number ‘After Today’ posted on YouTube, ‘A Goofy Movie’ started to be considered as the Disney classic it deserves to be.

I discovered the film again in June of last year. I had vague fond memories of watching it with my dad once when I was a young’un, and decided to give it a watch on Disney+. I fell in love. It’s a tight 1hr and 18min that is packed with clever jokes, an endless supply of quotable lines, strange and wonderful characters, a surprisingly effective emotional center, and pure, unfiltered 90’s oozing out of every frame. I then watched it around 20 times in a month. I roped my friends and family into my addiction, and it acted as a solid joke. But I didn’t keep a log, and I wasn’t consistent. So now, I’m going to dive back into the world of ‘A Goofy Movie’. But this won’t be for fun. This will be for science. I’m going to crack the mystery of why I love this movie so deeply. And you’d better believe I will make my friends suffer with me again.

As my friend Luke once said when describing me to someone, “He is nothing if not committed to the bit.”